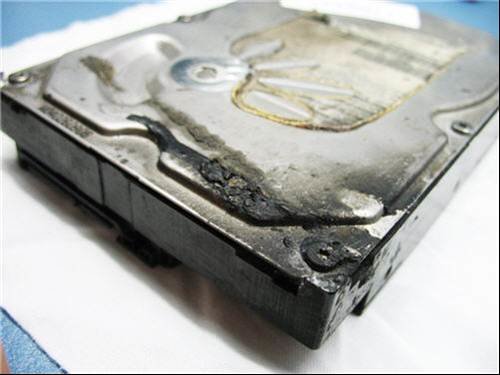 Plastic from the computer housing had melted onto the disk drive