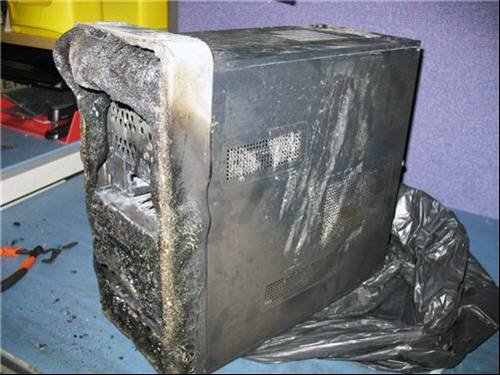 The front panel of this computer took the brunt of the fire, and water from the fire hoses