Well, Turnaround Tuesday turned out to be more like Tease, Turn Tepid, and Then Tank Tuesday, with the gains made across global markets during the day being wiped out in the final hours of trading. 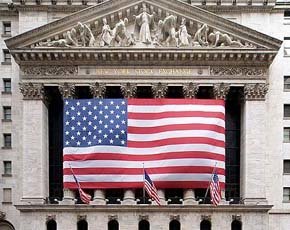 It was hoped that a cut in interest rates by the People’s Bank of China would be enough to calm the markets, and for the vast majority of the day, the strategy looked to be working. It looked like it was going to be the year’s best one-day rally.

But then, in the latter stages of the day, stocks surrendered to the selling pressure and in a matter of moments, the gains were obliterated.

The Dow Jones Industrial Average ended down 1.3% and the S&P 500 lost 1.3%. The Nasdaq, where many of the tech firms have planted their flags, escaped less scathed than its counterparts, down just 0.4%.

Today, China has announced that it will inject a further 140bn Yuan (£14bn) into the interbank money market via short-term liquidity operations (SLOs). It is unclear whether the announcement will place a floor under the shaking markets.

In afternoon trading today, European markets are tentative. London's FTSE 100 is down 0.01% in afternoon trade. The pan-European STOXX 600 is flat lining, while France's CAC is up 0.2% and Germany's DAX is up 0.1%.

Stateside, the New York Stock Exchange has invoked Rule 48 for a third straight session, a precaution not taken since the financial crisis. Rule 48 is invoked to ensure orderly trading amid market turbulence. It speeds up the opening by suspending the requirement that stock prices be announced at the market open.

Tech eyes on the Fed

Moving forwards, there are two countries to that have a role to play in market stabilisation – China and the US. While China is doing its best to quell local instability, experts expect market volatility to continue until the US Federal Reserve meets in September to set interest rates. Amid the turbulent markets yesterday, the US actually got a raft of healthy economic data. House sales increased, unemployment decreased, consumer confidence rebounded, the Congressional Budget Office (CBO) boosted its forecast for US economic growth and today, there was a surprise increase in durable good orders.

All of these factors could force the reserve to play its hand and raise interest rates. Should that happen, this could have a dramatic effect on the tech sector. Not so much for the major players, but for younger companies. Easy access to cheap money has been the foundation for much of the burgeoning startup scene.

Many of the startups that are on top of the world today, simply did not exist back in the days of higher than zero interest rates. There is no telling whether their business models will function in an economy where borrowing costs oscillate. Market volatility will also become more commonplace, making ambitions of  IPOs increasingly more difficult to achieve.

And an increase in interest rates is going to happen; it’s just a matter of whether it happens in September. These are interesting times for technology businesses, large and small.