Microsoft has started its Worldwide Partner Conference welcoming 12,000 resellers to Florida to hear what the firm’s changing ambitions mean for the channel. 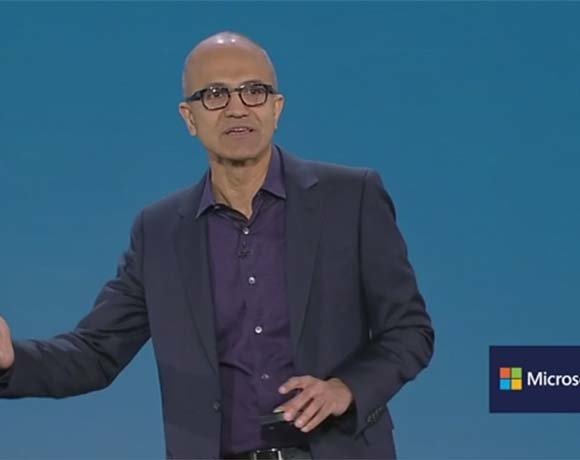 In recent weeks Microsoft has not only underlined its commitment to its CEO Satya Nadella’s vision but reshaped the structure, parting with some executives, and only last week indicated that around 7,500 jobs are going as a result of that restructure.

Against that background the software giant’s channel chief Phil Sorgen took to the stage and talked up its commitment to partners quoting IDC figures that revealed that  92% of all Microsoft revenue was coming through its partner ecosystem.

He said that it would support partners and would invest in technology and was going to be announcing enhancements to programmes over the course of this week.

He reeled off a few examples of just what that might mean, with some references to pushing some of its existing schemes to a greater number of resellers.

“With the help of our distribution partners we will be expanding the reseller Surface programme from a couple of hundred today to a few thousand around the world in the coming months,” he said.

Other plans included investments in mobility, its cloud accreditations and to make it easier for ISPs to get their apps given the thumbs up.

If Sorgen was the starter then Nadella served up the main course thanking partners for the work they do for the vendor before getting into underlining the firm’s mission.

“At WPC last year I talked about this for the first time, empowering every person and organisation on the planet to achieve more,” he said that it meant continuing to deliver in a “mobile first, cloud first world”.

He said there was no other ecosystem that was built with the aim of helping customers “achieve greatness” and aim was driving its strategy.

Drilling down into just what mobile and cloud ambitions meant Nadella said that the first point was about the mobility of the experience and the computing that people interfaced with, whether at home or work, would be ubiquitous.

“But what we need across all this computing is our experiences, our applications and our data and what enables that is the cloud, acting as a control point, that allows that capability to move from device to device,” he added.

The Microsoft boss said that customers were facing transformation, needing to exploit digital technology more, deal with rapid change and manage the costs. How it helped with those challenges would define its success.

“What’s the value we are adding to the core of our customers and their ability to compete?” asked Nadella before going into his three current ambitions around improving business processes, building an intelligent cloud and making computing personal again.

The vendor used WPC to give demonstrations of business process tools that improved collaboration opportunities and were device neutral.

When it comes to improving the world of personal computing the emphasis was very much on Windows 10 with Nadella talking up the potential for the forthcoming release to have a real impact on the way people used their home and work PCs, laptops, tablets and smart phones.

“it’s not just the technology but it is what Windows means for this ecosystem which is humbling and driving us,” said Nadella about the next OS, which comes out in three weeks.

He said that it would run across numerous devices and the interaction would be very high that would make it more attractive to customers, “it is going to be built for that very notion of mobility across all those devices”.

There was also a promise to ensure that it dealt with security concerns and Nadella said that at the heart of greater mobility and cloud had to be trust. As it used technology that stored more personal data and used it to gain insights to benefit the user it had to underline its ability to protect that data.

Nadella’s ideas about more personal computing don’t end with Windows 10 but the software is being seen as an important first step that should illustrate the greater ambitions of the firm. It also sounds like more than the usual upgrade, which should provide partners with a stronger than usual pitch around Windows.