The UN has weighed in once again on the digital age, this time lambasting government-mandated backdoors into various technology platforms. 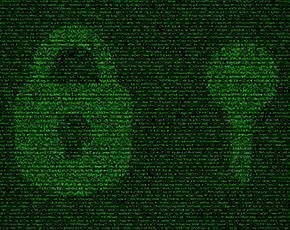 The United Nation's Office of the High Commissioner said that encryption was a necessity to protect human rights.

“Encryption and anonymity, and the security concepts behind them, provide the privacy and security necessary for the exercise of the right to freedom of opinion and expression in the digital age.,” said the report. “Such security may be essential for the exercise of other rights, including economic rights, privacy, due process, freedom of peaceful assembly and association, and the right to life and bodily integrity.”

The report, authored by special rapporteur David Kaye, said that government decryption was not necessarily a bad thing, but insisted that must be done on a case-by-case basis and in an open and transparent way.

The report continued: “Court-ordered decryption, subject to domestic and international law, may only be permissible when it results from transparent and publicly accessible laws applied solely on a targeted, case-by-case basis to individuals (i.e., not to a mass of people) and subject to judicial warrant and the protection of due process rights of individuals.”

The UN’s paper comes just days after giants such as Apple, Microsoft and Twitter, wrote an open letter to President Barack Obama urging him to withdraw any support for US policies which would force technology firms to build back doors into their products.

“We urge you to reject any proposal that U.S. companies deliberately weaken the security of their products,” the letter said. “We request that the White House instead focus on developing policies that will promote rather than undermine the wide adoption of strong encryption technology. Such policies will in turn help to promote and protect cybersecurity, economic growth, and human rights, both here and abroad.”