It seems AMD’s CEO Lisa Su accidentally revealed the release date for Microsoft Windows 10, which until now, has remained a closely guarded secret. 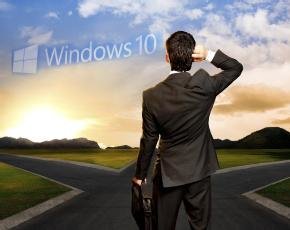 The folks at Redmond have remained tight lipped over a release date for the new flagship OS, and given how buggy the Technical Preview builds have been, it is easy to understand why. There was a general consensus amongst tech pundits that Windows 10 would hit the shelves in the later stages of the year; however, in an earnings call with analysts, AMD’s CEO and president fumbled the ball somewhat, giving a strong indication that we can expect a launch in July.

Assuming Su is correct, the narrow timeframe puts a tremendous amount of pressure on Microsoft given the significant distance between what has been promised and what is currently on display in the preview builds.

There is a huge amount riding on Windows 10 being a success. With two out of the last three operating systems being utter flops, the stakes are high if Microsoft wants to maintain its dominance in the consumer and enterprise OS markets. There’s no doubt that every detail of launch will have been planned with military precision, only exacerbating this faux pas from Microsoft’s partner.