The reaction to the Budget from the channel has been muted with expectations that pledges to improve broadband infrastructure might not deliver quite the super fast connected Britain that the Chancellor talked about. 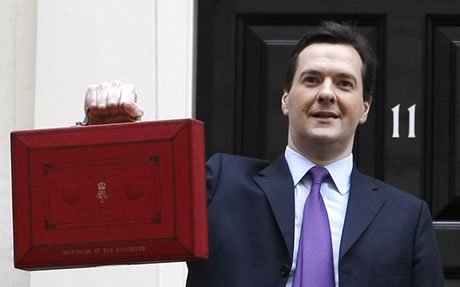 At the same time one of the other opportunities for the channel, continuing to help public sector clients cope with reduced budgets and calls for greater innovation, was highlighted more by the Labour leader than George Osborne.

Although austerity measures will end a year earlier than planned in 2019 there are still plenty of cuts to be made in the next few years and the public sector is going to take the brunt of them.

He added that its own research had shown that technology was the way forward for those councils looking to adapt to new ways of working and IT was also delivering efficiencies for the NHS and the Police.

But while the public sector cuts were likely to be an opportunity for the channel the £600m pledge for faster broadband and a better infrastructure to support the Internet of Things did not get some pulses racing.

“While ultrafast broadband for nearly all of the UK is an appealing claim, the Government continues to fail to address the real problem holding back UK connectivity – dark fibre tax. Throughout its term the government has thrown tax payer money into superfast broadband, but it has done nothing to help the smaller companies facing hefty penalties to install dark fibre, when the big players only have to pay a fraction of the amount," said Askar Sheibani, CEO of Comtek.

“This unfair tax continues to limit UK connectivity, leaving many in rural communities without even the most basic internet services.  While the Government is yet to lay out exactly how it intends to invest £600m in better mobile networks and ultrafast broadband speeds, there was absolutely no mention of the dark fibre tax, which could potentially jeopardise the Government’s entire investment," he added.

Elsewhere in the industry there was some disappointment that not much was said about skilling up the workforce to deliver some of the digital iniatives that were mentioned in the budget.

“Given that Britain has the largest digital economy of the G20, it’s surprising that there was no mention at all of ‘digital skills’ in the Chancellor’s Budget," said Peter Kelly, managing director, Virgin Media Business.

"Investment in digital skills doesn't just boost the IT sector, it gives Britain a competitive advantage over the rest of the world. Businesses have a role to play, but government support is essential. To use Osborne's words, if we want to continue ‘walking tall’, we must commit to investing in digital skills, ensuring that the UK retains its digital advantage," he added.