The success of the National Crime Agency (NCA) in taking the fight to hackers has been heralded as a positive move but also an indication of just how widespread cyber crime has become. 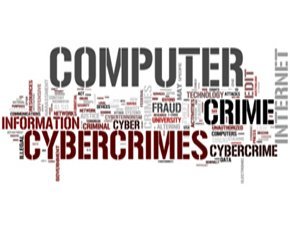 There can not be too many people left that do not recognise the threat posed to their individual data by hackers but some might take comfor in the idea that the bad elements are confined to pockets of activity in foreign shores.

There has been enough publicity around the hacking groups in China and Russia to give the feeling that back here in the UK there is not as much of a problem but the acitivities of the NCA in its strike week have blown away that assumption.

The NCA has just concluded a week of action to target cyber crminals, resulting in 57 arrests from 25 seperate operations across England, Scotland and Wales.

The offences that led to the arrests included network intrusion and data theft, DDoS attacks, malware and virus development as well as cyber-enabled fraud.

Andy Archibald, deputy director of the NCA’s National Cyber Crime Unit, said that the strike week came on the back of a partnership between law enforcement, industry and government.

“Criminals need to realise that committing crime online will not make them anonymous to law enforcement. We are continuously working to track down and apprehend those seeking to utilise computers for criminal ends, and to disrupt the technical networks and infrastructures supporting international cyber crime," he said.

“It’s imperative that we continue to work with partners to pursue and disrupt the major crime groups targeting the UK, but also, crucially, work to make sure that people have the knowledge and resources to make the UK as inhospitable as possible for cyber criminals in the first place," he added.

The hope in the industry is that the actions by the NCA will sound alarm bells for those breaking the law and send out the message that there are consequences for cyber criminals.

“One of the reasons that cyber-crime has become so widespread is that the chances of getting caught are too close to zero, so its good news that the NCA’s teeth is biting," said Malcolm Marshall, global leader of KPMG’s cyber security practice.

"The success of their efforts will depend upon the justice systems ability to respond as effectively. Cyber-crime is no longer a niche crime, but pervasive," he added.