Samsung's chief executive has dismissed those that view the internet of things (IoT) as a phenomenon that is years away for failing to see the technology is already here. 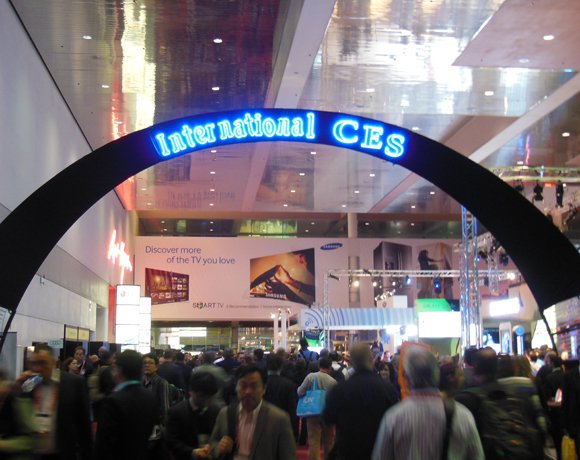 Boo Keun Yoon, chief executive of Samsung used his keynote speech slot at the Consumer Electronics Show (CES) in Las Vegas to set out a vision where IoT changed the world and improved the lives of users..

In remarks he said that the internet of things had the potential to transform society and give users the chance to manage their own smart environment.

"It has the potential to transform our economy, our society and how we live our lives," he said before outlining plans to turn  more of its R&D efforts in ensuring its devices could be connected.

His comments came as the vendor used its presence at CES to make an aggressive play to dominate the smart home of the future through a range of devices.

Under the strapline "Creating possibilities, shaping the future" the vendor used its keynote to also show off smart televisions, robotic vacuum cleaners and a 1 terabyte SSD card.

Over the past decade the battle for the digital home has been one largely fought out between Apple and Microsoft but with its smart TV, rather than a PC or a console, approach Samsung has a chance to get its brand into UK living rooms in even greater numbers.

The vendor drew attention to its 88 inch JS9500 TV, which comes with a SUHD re-mastering engine that can automatically analysise brightness levels and change to contrast to provide clearer images.

It might be while before the POWERbot VR9000 robotic vacuum cleaner becomes ubiquitous in British homes but Samsung has got into the market with a device that maps the home and then works out the most efficient cleaning programme.

From a channel point of view the SSD T1 should be an attractive add-on to those users looking for decent storage capacity in a very small forkm factor with the added benefits of encryption and shock resistance.

“Delivering great experiences will be our focus in 2015,” said Tim Baxter, president and chief operating officer of Samsung Electronics America. “More than ever, Samsung is focused on smarter living at the intersection between great technology, content and services."

Other highlights from the show have included plenty of smart watches, innovative portable batteries, 4k TVs and plenty of wearble tech options.