The Campaign for Clear Licensing (CCL) has published an open letter to Larry Ellison and the board of directors at Oracle urging the company to improve its relationship with customers. 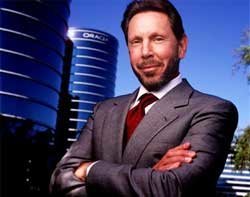 In November, the CCL, an independent organisation that campaigns for clear licensing and the rights of business software buyers, released a report which criticised the software giant for its approach to licensing, claiming that it was leading to ‘hostile’ customer relationships.

The open letter commends Oracle for its recent achievements in growing its cloud business but points out that the vast majority of revenue still derives from traditional sources.

“With just 5% of your revenue deriving from cloud services you have a long way to go before cloud becomes a major part of your business, and we believe there are significant challenges to overcome along the way,” the letter reads.

“Not least of all is overcoming the deep-rooted mistrust of your core customer base as a result of your auditing and licensing practices. We fear that if Oracle does not address these concerns then the company’s ability to meet its stated $1 billion cloud sales target next year, together with the longer term outlook for its cloud computing business, will remain in doubt.”

In December, now CTO Larry Ellison boasted that cloud revenue was up 45% to $516m; a stat which caused the share price to climb to highest level in 14 years.

Alongside the open letter, the CCL published an advisory with specific recommendations for the second largest software vendor on the planet.

The letter ended: “The Campaign for Clear Licensing is a pro-software organisation. We love software and the way it enriches people’s lives, and Oracle can be proud of its contribution to the modern world. But for the sake of the company’s long-term future and the success of its cloud computing services, we urge you to review these recommendations that have been validated by your customers.”