An increasing number of customers are starting to look for more skills from their channel partners around the cloud as the market moves from being about simply scale to trying to exploit hosted technology on a more tailored basis. 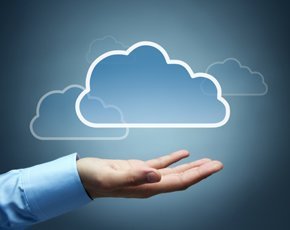 The challenge for resellers is to have relationships with a number of suppliers to be able to provide IT skills, infrastructure and networking options for customers looking to make a move to the cloud.

Research from Ovum carried out for Cisco and BT has revealed that many customers are reporting positive experiences with the cloud but there is now a movement to be more strategic using different platforms for varying workloads and the expectations are that the suppliers will be able to step up in their ability to support a more complex and customised environment.

Ovum found that the decision to use cloud for more than just access to compute power or as a place to host applications like email was already happening in some of the vertical markets where they were using the technology to meet much more specific needs.

Camille Mendler,  the Ovum analyst who authored the report, said that as customers adapted their cloud requirements the demands of their suppliers were also changing and the channel had to be in a position to meet those expectations.

"They need to have an understanding of IT infrastructure and networking skills because very few people have got those themselves," she added "Partners need to have some kind of migration skills not just re-packaging a product."

She said that she expected vertical specialists to emerge to meet the demands of specific customer bases and some of those were already leading the way in terms of highlighting just what was going to be expected from customers.

Neil Lock, vice president, BT Compute, BT Global Services, said that it was already seeing more demand from customers for an alterntaive to the "one size fits all" approach.

“Our customers are telling us they want hybrid cloud environments, but at the same time they also want to minimize complexity. We believe this can be achieved with providers that can seamlessly integrate between private and public cloud environments without prejudice and can underpin this with strong consulting skills to help customers deploy configurations that best meet their requirements," he said.