Security encryption specialist Egress Software has set its sights on adding an additional 30 resellers to its ranks in the next year as it takes the wraps off a revised partner programme. 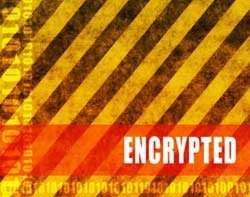 The vendor has outlined plans to extend its current reseller base in the next six to twelve months on the back of strong channel growth in the last year as the firm moves out of its public sector heartlands .

The firm has also widened its own offering after expanding out of email encryption to include large data transfer security services, providing it with a strong mid-market play.

Daniel Hoy, UK marketing manager at Egress, said that with Snowden, threats of fines from the Information Commissioners Office and general anxiety about the cloud it was a good time to be talking about encryption.

He said that it would be investing in the channel and it had put more resources into its own team, "to make it as easy as possible for partners to sell the products"

The vendor is rolling out a partner programme for 2015 with training, support, deal registration and discounts and is hoping to get on board resellers that will be able to take it into fresh markets.

Hoy said it currently had around five large partners on board and a total of 27 it was working with but would like to double that to closer to 60 in the year ahead.

Jamie Burke, sales director at Softcat, said that it had started selling Egress into the public sector but had seen other areas for the encryption products emerge.

“We originally became aware of Egress because of their strong presence in local government. However, as we continue to build on the partnership, we are seeing key strategic wins across other areas of government as well as in our corporate team, specifically into the banking, insurance and gaming industries," he said.