Industry trade body CompTIA has launched a new programme, Armed for IT Careers, designed to help ex-service professionals find jobs in IT and telecoms.

With the wind-down of British operations in Afghanistan well under way and cuts to all branches of the armed services being made by David Cameron’s government, an increasing number of veterans are returning to civilian life in the UK, and with recent eSkills research suggesting the industry needs 129,000 entrants a year, CompTIA claims its programme could be part of the solution. 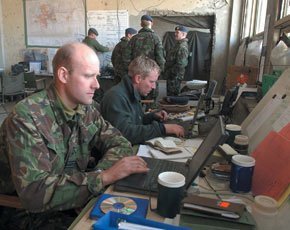 The programme will provide a one-stop-shop for military personnel to learn about a career in IT, find training and qualifications, and even obtain resettlement funding if needed.

Graham Hunter, Western Europe director at CompTIA said: “Military professionals often have strong business, communication and technical skills and a good work ethic, which are all much in demand in the IT industry. There are a wide range of jobs for which someone with military training and leadership skills would be a perfect fit.”

“We believe the problem has been that, until now, there has been nothing which clearly outlines the opportunities, then helps them train and certify the technical skills they need to make the transition. We believe this is a real missed opportunity both for the IT industry, which needs great people, and for hard working military leavers who want to contribute to society back home”.

The scheme will also provide information for IT training providers and potential employers interested in hiring former servicemen and women.

Muir commented: “The forces have a big advantage in IT, partly because they often have the right skills to get in, but also because the financial packages available to those leaving the military are well suited to the well-defined training and certification routes into IT.”

Why ex-military are suited for roles in tech

Labour MP Ian Lavery, a supporter of the scheme, said that his Northumberland constituency had been a fertile recruiting ground for the armed forces and as such the issue of helping military personnel undergo the often difficult transition into civvie street was close to his heart.

“I am a strong advocate of CompTIA’s Armed for IT Careers programme which helps individuals who've served our country find long-term and sustainable careers within a growing, exciting sector. Local employers will also benefit from hiring motivated individuals with up to date industry credentials,” said Lavery.

CompTIA’s scheme is not the first time the industry has turned to the military to help ease its skills crisis, although it may be the first formal programme that has sought to specifically address the IT industry. The body runs a similar programme in the US, Troops for Tech Careers, through which some 16,000 post-9/11 veterans have earned 22,000 certifications since 2011.

In the UK, BT has previously scoured the ranks for potential OpenReach broadband engineers, as reported by MicroScope, while charity body Hire a Hero serves a number of sectors with an emphasis on technical roles, automotive, security and even catering and hospitality.