Uncertainty and procrastination on energy policies could cause potential investors in the UK’s datacentre industry to look abroad instead, according to a climate change expert from industry body Intellect UK. 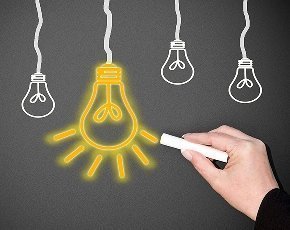 As bosses from the big six energy companies are called before MPs amid consumer outrage over recent price hikes, Labour leader Ed Miliband’s proposals for a freeze in residential energy prices have been gathering significant momentum, according to Fryer.

“However, what’s much more dangerous than price hikes – which have been anticipated by the datacentre industry – is the continuing volatility of UK energy and climate change policy," she said.

“The irony is that much of the uncertainty over energy prices has been created by government taxes and levies. And now, attempts by politicians to put their footprint on energy are causing further uncertainty that’s jeopardising the future of the datacentre industry in the UK by forcing potential investors abroad,” added Fryer.

Intellect UK’s warning comes after research reports earlier this year found that low and stable electricity prices are likely to make the US a preferred location for datacentre investment, over European countries such as the UK and Germany.

The reason for the price stability in the US is its booming shale gas industry, according to the research report by 451 Research.

The price of power can significantly alter the overall lifetime cost of a datacentre. Assuming a 15-year lifespan for a datacentre, a price of $0.067/kWh (£0.045/kWh) contributes about 30% of a facility’s operating expense and usually accounts for 10-15% of the total cost of building and running a datacentre.

“This figure is large enough to sway decisions about where a datacentre should be built,” said Andy Lawrence, research vice-president, datacentre technologies and eco-efficient IT, at 451 Research.

As energy prices rise and datacentre energy efficiency become the top priorities for CIOs, low and stable energy prices and the availability of a mix of energy resources is becoming a prime consideration for datacentre investment.

“Energy policy is too important for the future of the UK’s datacentre industry and for the country’s fragile economy to be politicised in this way. Rather, what’s needed is consistency,” Fryer warned.

Fryer will call for energy policy to be defined by cross-party committees rather than individual governments at the peer-led datacentre industry event DatacenterDynamics Converged in November, with her speech, "The impact of carbon legislation on the UK datacentre market: the politics of power".

A version of this story first appeared on Computerweekly.com