For better or worse, we are a cat household. Various moggies have come and gone over the years. These have mainly originated from shelters or people trying to offload excess kittens arising from prior romantic feline indiscretions. The point is, our initial cat acquisition costs have been negligible. 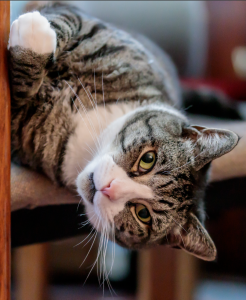 Then one day, while waiting for the vet to process my credit card for yet another patch-up job following a territorial dispute, I got to thinking about the total cost of ownership of the average domestic tabby. So I asked if I could have a report listing all of the medical bills for Bob, who was close to 10 years old at the time.

The person who had just swiped my plastic apologised and explained that the system wasn’t set up to allow that. I can imagine the big boss vet at software installation time confirming this wasn’t a high priority feature. Making it clear to customers just how much they were spending on their furry friends might not be great for business.

I never did get the information to run the numbers properly, but for anyone interested, I’ll give you some estimated and published costs at the end. In the meantime, you’ve probably already figured out where I’m going with this.

The surface appeal of OpEx over CapEx

Many tout the public cloud as a great way of shifting your expenditure from CapEx to OpEx. No upfront costs, pay only for what you use … you know the story. And when you look at the provider’s rate card, the amounts seem so tiny to run a server or utilise some storage for an hour, a day or even a month.

It all looks very appealing when considered in the context of the ‘fail fast’ approach and the notion that modern digital applications come and go very quickly.

But how many of the applications used in your business really fall into this category? Probably very few. Lots more, meanwhile, are much longer-lived. Sure, they might continue to evolve, but their lifetime is typically in the 5 to 10 years range – some even longer. Is this always considered when someone makes a public cloud commitment?

Furthermore, the cost of running an application in the public cloud goes beyond direct service fees. Management and support effort is still required, even if the mix of tasks is different. Writing this off as a sunk cost on the basis you’re already paying for an operations team to run your data centre gives you a distorted view of overheads.

Now factor in any additional integration, data protection, data transport and other requirements, along with the impact of occasional provider outages, data breaches and other incidents beyond your control.

Just like the cost of cat food and vets bills – your “CatEx” – it all adds up when you take a lifetime view.

How much do your decision-makers really consider lifetime TCO? 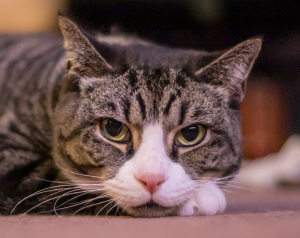 In reality, of course, it’s impossible to generalise on cloud-related costs given the number of variables, so you need to work it through on a case-by-case basis. Good old-fashioned TCO discipline can be applied if you have the right people involved. But what about when platform commitments are made or influenced by developers and others not used to considering costs inclusively over the longer term?

Coming back to our feline friends, my rough calculations suggest we are paying around £750 (GBP) per cat per year, though the Battersea Dogs and Cats Home says the average is more like £1,000. Part of the difference might be down to the economies of scale we enjoy as a four-cat household, but when I compared the two analyses, it was also clear I had overlooked some costs.

Either way, these numbers are much higher than most would imagine, equating to a lifetime ownership cost of between £13,500 and £18,000 if you assume the average moggie could live for 18 years.