Branding can be a dangerous thing; name conventions do not always translate.

There’s a whole list of these from Bimbo bread to the reason that the Vauxhall Nova (no go) doesn’t work in Spanish… and let’s not even attempt to translate what the Spaniards think when they see a Mitsubishi Pajero, yes, the W-word.

When open source build system group decided to chose a name, they needed something to convey durability, ruggedness and rivet bonded strength combined with comfort and versatility.

… they opted for Pants.

Pants works great in American English, obviously. You get a tough job done in tough pants and you might even swing in some of the last minute achievements by the seat of your pants. No problem.

But, as we know, pants isn’t a positive in English, unless you’ve got some really good underpants that you’re really happy about wearing on those ‘special days’ (or perhaps special nights).

Pants to the Brits just means awful, bad, nasty and generally not good at all.

Which of course is weird, because Toolchain, the provider of Pants, the distributed open source software build system has announced a significant upgrade to Pants, which is absolutely not pants at all.

Pants is not pants

Pants is not pants at all, it empowers application development teams with a toolset to ensure fast and consistent software builds.

As part of the release, Toolchain is actively seeking developers to provide feedback to the preview release candidate version of Pants (Ed: I know, we’re still laughing, grow up please everyone) to help further shape the direction and capabilities of the solution.

Toolchain also announced it is now providing enterprise support and services for Pants.

According to the Toolchain team, “Traditional build systems used to orchestrate all of the tools and steps involved in the software build process were designed a generation or more ago… are challenging to scale codebases with, and are primitive and don’t scale and present artificial barriers to meeting the to meet the highnew demands of contemporary software development. Bazel was developed by Google to meet that company’s specific needs and it requires highly-specialised build engineering experts in-house to manage it. In addition, it is hard to maintain, complex to use and is a challenge to customize it to meet the unique requirements of individual development teams.” 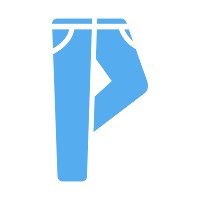 Development teams can decide whether to have Pants suggest or enforce changes to the code, such as modifying files to ensure they comply with the team’s formatting requirements.

Weinberger and Sirois explain that the latest release of Pants is a significant update that expands its capabilities and the programming languages that it supports. Pants was initially focused on helping Python developers, since there were no good build solutions for that language.

Pants is now available as a preview release for Java, Scala, Go, and Docker, significantly expanding the number of development teams that can now incorporate it into their build processes. Additional programming language support will be announced over the next 12 months.

Well, it worked for Git

Does Weinberger think Pants is a problematic term? Not a bit of it, “As a core maintainer of Pants and a Brit, I can only say ‘if it worked for Git…’, he Tweeted… and you know what, he has a good point.