No need to answer that question, obviously.

But, in fact, application stability management is now a defined parameter for software application developers and data engineers to consider when building applications.

The company’s technology falls into the observability and release management category and so its Application Stability Index: Are your Apps Healthy? report is designed to analyse the performance of approximately 2,500 top mobile and web applications (by session volume) within its customer base.

CEO of Bugsnag James Smith says that to help engineering teams understand the stability and reliability of their apps, his company has compiled data on the session-based stability of leading mobile and web applications across market segments to set a benchmark for app health.

Compared to the 99.999% industry target for most IT infrastructure groups, also known as ‘five nines’, a median stability of 99.63% presents a significant opportunity for engineering organizations to invest in measuring and improving application stability and customer experience.

The company also says that there is correlation between size of the engineering team and median stability scores.

The full report is linked above in this story. 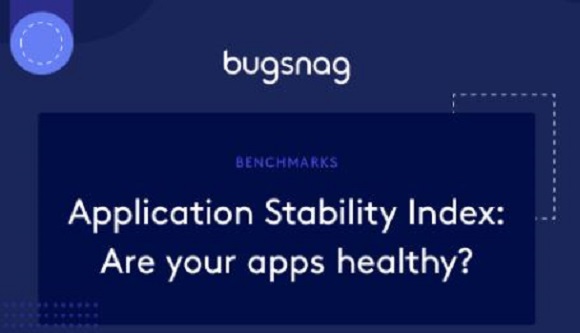