Tableau is known for its specialism in business intelligence, big data analytics and (perhaps most famously) for its interactive data dashboard technologies.

Among the colluding collaborators the company welcomed to its annual conference in Las Vegas this month was Rockset.

As a company, Rockset is best described as focused on ‘serverless search and analytics’ that works to enable ‘real-time SQL’ on NoSQL data – the technology is serverless because it does not require provisioning, capacity planning or server administration in the cloud.

Rockset used its time at the conference to explain how it has now announced the capability to build interactive live Tableau dashboards on NoSQL data, without requiring users to write any lines of code.

Making it possible to capture NoSQL data from sources such as Apache Kafka and Amazon DynamoDB, Rockset provides access to new data types and formats. The core concept here is to allow Tableau users to get operational monitoring and analytics on their business data.

The company suggest that businesses often fail to capture the full story of their data as they fail to capture NoSQL data from databases like DynamoDB and event-streaming platforms like Kafka. In an effort to bring NoSQL data into business intelligence, considerable data engineering effort goes into complex ETL and data pipelines, which are difficult to build, expensive to maintain and experience hours of latency – this, suggests Tableau, makes real-time analytics extremely hard.

“As unstructured and semi-structured data needs continue to evolve, NoSQL databases like DynamoDB and event streaming platforms like Kafka are quickly gaining momentum, bringing with them the additional complexity of less structured, higher velocity data,” said Venkat Venkataramani, co-founder and CEO of Rockset.

“Businesses need to make sense of their NoSQL data while moving from batch to real-time analytics, but legacy ETL pipelines are ill-suited to meet this need. Rockset enables the ability to do fast SQL on NoSQL, enabling Tableau users to easily analyse data from sources such as DynamoDB and Kafka.”

The newly redesigned Tableau Partner Network aims to provide a consistent, predictable foundation for partners across the globe as they grow their business and expand their offerings in close partnership with Tableau. The program’s three tracks – Reseller, Services and Technology – align these core partner business models.

The company used its time at the Tableau 2019 conference to announced an enhanced integration that aims to make it easier for analysts to visualise predictions within their Tableau dashboards. The features will allow Tableau users to publish predictions from DataRobot into a Tableau Data Source (TDS) that can be visualised alongside other business data.

The additional functionality gives business analysts without technical data science training (but with deep domain expertise) the ability to identify hidden patterns that would previously go undetected and analyse the cause-&-effect of different variables on a predicted outcome.

“With the demand for AI far exceeding the capacity of available data scientists and hundreds of potential use cases for AI across every business, it’s critical that forward-thinking companies scale AI efforts by broadening the pool of users who can participate in AI initiatives,” said Adam Weinstein, vice president of product management at DataRobot.

DataRobot says that its Enterprise AI Platform provides built-in best practices and guardrails for automation across the entire ‘AI lifecycle’ (AI now has a lifecycle, apparently).

The AI lifecycle (if indeed it exists) is the journey that company’s take as they move from historical to predictive data analysis. 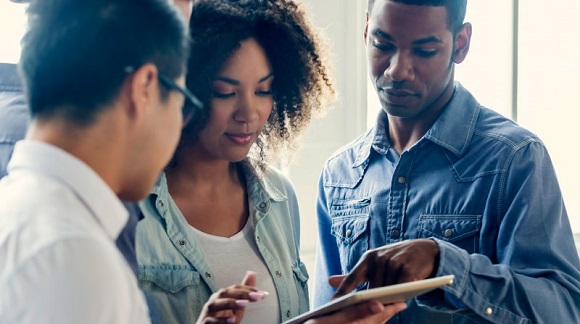