So complex in fact that we spend a lot of time understanding the concept of quantum theory, the existence of qubits and the use of superposition to get us to a state of greater power beyond the binary world of one and zero.

TechTarget’s What Is pages have a very digestible and clear explanation of superposition which you can read at the link shown and below.

This exposition and explanation is needed a) to preface the work of Tel Aviv headquartered Quantum Machines and b) to excuse the dreadfully cheesy-geeky headline joke in this story.

So what’s being going on the quantum-enriched Holy Land?

Quantum Machines claims to be the creator of the first complete hardware and software solution for the control and operation of quantum computers.

This summer the company announced the launch of QUA as a standard universal language for Quantum Computing.

According to the company, “A primary challenge with quantum research and development today is that every quantum computer has its own unique hardware, coded in the researchers’ language of choice. This results in teams spending inordinate amounts of time coding and programming new programs and algorithms, with any variation requiring either restarting the process or even re-routing the control hardware itself.”

QUA unifies universal quantum operations in their ‘raw’ format (pulse-level) with universal classical operations (anything we know from classical processing).

Programming beyond today’s level of expression

The language allows developer to code programs that are ‘far beyond expression’ today, from complex AI-based multi-qubit calibrations to multi-qubit quantum-error-correction. It helps teams save resources both in terms of re-designing software and hardware architectures and in terms of re-adopting their already-programmed algorithms in the future.

“As the field of quantum computing continues to progress and grow more complex, teams across the industry need solutions that can scale to meet their growing needs,” said Itamar Sivan, CEO of Quantum Machines. “QUA is the first-ever programming language designed with the needs of quantum research in mind and offers teams a powerful and intuitive language designed not only for their present needs but also those of the future.” 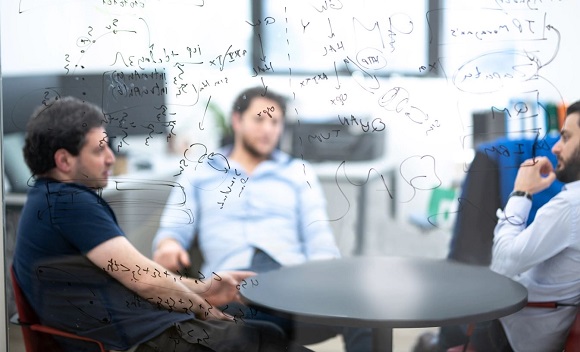