What the cloud computing industry needs is an increasing number of platforms, right?

Okay perhaps not, platform plays are already many and multifarious in their nature and the formally defined cloud layer of Platform-as-a-Service (PaaS) already has its place firmly etched into the global taxonomy that we now use to describe the workings of the industry.

That all being said then, when the Computer Weekly Developer Network hears the newswires crackling with a new cloud software platform company launch, the hackles do tend to go up.

Cloudistics this week launches its presence in the EMEA region in response to what the firm calls demand for its private cloud with a ‘premium experience’, no less.

So premium cloud, what could that be and why would software application developers be interested in this gambit?

It could be, but in truth it’s more a question of Cloudistics claiming to provide a private cloud deployment with some of the swagger and weight of the public cloud, but behind the firewall.

To be specific, these are the type of public cloud functions associated with actions such as initial cloud implementation, deployment, operations and maintenance – that is, stuff that is arguably tougher to make consistent, predictable, repeatable and secure in private cloud environments.

Cloudistics Ignite is engineered with composable, software-defined, clusterless scaling. The resultant cloud operates free of any hardware-specific dependencies and is programmatically extensible with automation, orchestration, performance and security built in.

This, for software application development concerns, may be the special sauce here, programmatic extensibility in cloud environments can be tough as we look to tasks such as the ‘repatriation’ of previously terrestrial applications on their route to a new cloud-based existence.

Why? Because tasks like resource provisioning and performance management, while federating and abstracting all physical hardware into a cloud service is a complex big ask – so this, in real terms, is what Cloudistics does.

“We are immensely excited about the prospects in EMEA, which is frankly ripe for what Cloudistics has to offer. The emphasis has shifted from cloud itself to cloud functionality as an enabler for digital transformation… and this is where Cloudistics shines,” commented Chris Hurst, VP EMEA, Cloudistics.

Integrated with its Ignite product is the Cloudistics Application Marketplace. This features pre-built, ready-to-run and reusable application virtual machine templates that can be deployed instantly.

While Cloudistics may not be the private-public panacea programmatic provisioning panacea for all instance requirements, the ability to encapsulate and package a good degree of public cloud functionality controls as a consumable service in a private cloud platform play is what, arguably, makes this company interesting. 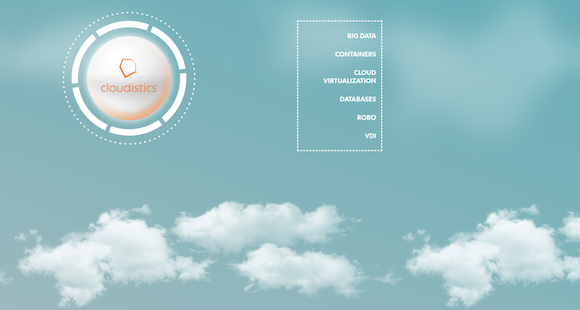