Starting straight off with an Amazon EC2 M1 Mac instances announcemnt , Vogels said that the reality of so many instance types was validated by the fact that ‘you guys’ (the cloud engineers in the audience) were doing a whole lot of work with far fewer constraints upon the computing backbone.

Straddling the stage in a t-shirt celebrating famed Brit punk legends The Stranglers, Vogels spoke about the journey to educate companies around the world on cloud i.e. specifically, that cloud can offer tougher and more robust data protection than any single enterprise organisation could typically build for itself.

Back in 2005, a technology like Alexa would not have been possible explained the CTO, this is down the immediacy that the voice assistant requires and the latency that we had to all put up with some two decades ago.

Now with 310 point of presence around the world, AWS is building more potential to perform computation at the edge. Vogels tabled this proposition in the context of how AWS is building out what it calls ‘local zones’ now, all of which appears to suggest that the scope and reach of cloud is ever-broadening.

Into another announcement, Vogels promised at least 30 new local zones coming online in 2022.

AWS Cloud WAN was also announced, this is a service designed to build, monitor and manage global Wide Area Networks. For companies with big offices in cities all around the world, these firms can now select regions and build a software-defined WAN over AWS’s backbone.

Customers get a dashboard to be able to view connectivity status and performance issues – and AWS has worked with telecoms companies and systems integrators all around the world to create this service.

Internet of billions of things

Vogels talks about the connectivity-to-cloud tasks on the road ahead and pointed to AWS IoT Core and AWS IoT Greengrass, the latter of which has the capability to work with where devices a) occasionally offline and b) are too old to have modern-age IoT sensors, AWS also offers Amazon Monitron to ingest data relating to vibration, heat output and so on.

AWS SDKs for Swift, Kotlin and Rust were also showcase at this Las Vegas event. Vogels says that he has seen so much interest in these technologies.

AWS Construct Hub was also noted, this is a way to find and use open source Cloud Developer Kit (CDK) technologies. This area of the total AWS stack connects to a presentation by Liberty Mutual, which you can read in full on Computer Weekly Open Source Insider here.

Initially created by Matt Coulter and now widely shared through AWS and the community at large, CDK Patterns even has its own CDK Day to bring cloud developers together.

Matt is an AWS DevTools Hero and a technical architect for Liberty IT in Belfast, Northern Ireland. He champions a well-architected, sustainable and serverless-first way.

The road to the carbon-neutral cloud

Vogels said we must not ‘forget to turn off the lights’ when it comes to the shared responsibility model of how we all use cloud.

He also referenced AWS’s GM for EC2 Peter DeSantis who has said that the greenest energy are the resources that you don’t actually use… the road to greener cloud is now ahead of us, let’s drive to towards this goal and talk about this openly. 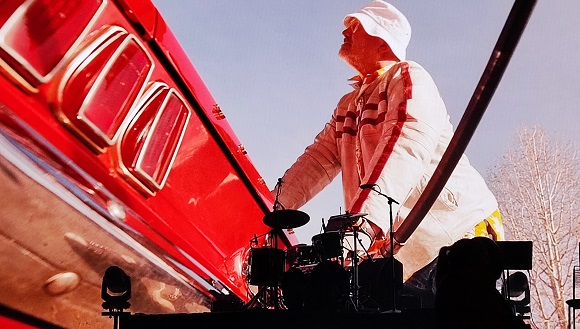