This Computer Weekly Developer Network series features a set of guest authors who will examine this subject – this post comes from Gaurang Torvekar in his role as CEO of Indorse — the company provides coding skills software including tools to audit a workforce’s coding skills and tech abilities with pre and post technical assessments… its software also provides insights to improve the morale & performance of a remote tech team.

Another day, another story about revolutionary Artificial intelligence (AI) with the undertone that we’re all going to be out of work soon.

The latest innovation to take this well-trodden path was OpenAI’s GPT-3 language model. Apparently, “playing with [it] feels like seeing the future” according to one tweet, while an article in MIT Technology Review dubbed it “the most powerful language model ever” as it was.

Just recently, OpenAI has announced that Microsoft will license it as part of a partnership launched last year.

All very exciting… and it didn’t take long for people to start talking about how it was a step on the road to AI killing coding. GPT-3 offers 175 billion parameters – how many developers would one need to compete with that?

When faced with figures like that, the argument for not going all in on AI starts to look a bit thin.

Yet what the hysteria overlooks, as it always does, is that comparing what an AI such as GPT-3 could theoretically do is very different to what it can actually do and its practical applications. One of the things AI needs is data… and currently most organisations’ data is a mess. Very few operations are fully digital and while we are all continually using applications and services that have integrated AI to greater or lesser extent, there’s a lack of 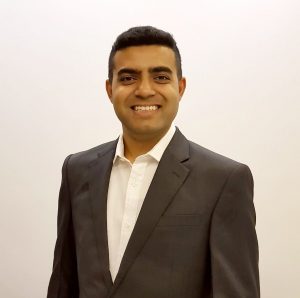 Torvekar: AI is smart, but developers still hold all the answers.

coordination and integration. A marketing department may well be using a tool that harnesses AI to serve me relevant promotions, but the same company’s supply chain might be underpinned by manually updated spreadsheets.

It’s the same in development; developers have benefitted immensely from data analytics and automated systems, all of which borrow some elements of machine learning, if not true AI. They’re using them to generate engineering insights, which in turn feed in to how they work and code.

This, in turn, is helping identify and build optimum methods of not only creating software, but also accelerating delivery, deployment and go-to-market.

Then there’s the ever-increasing intelligence of integrated development environments. This is helping speed up both development times and how quickly code can be written and deployed. Working with a state-of-the-art IDE today is immeasurably more productive than one used a decade ago and it’s thanks to the AI that’s being built into new iterations.

What’s lacking are the bits in between, which is where developers sit. It’s the creativity, the problem solving.

As even Sam Altman, co-founder of OpenAI, pointed out, “The GPT-3 hype is way too much. It’s impressive… but it still has serious weaknesses and sometimes makes very silly mistakes…We have a lot still to figure out.”

We could get to a point where an AI can be more creative, can come up with solutions faster than a human developer, but we’re looking at years, if not decades, for that to come to fruition. By then, the equivalents of today’s developers will be working on something else, just as engineers in 2020 are doing things that their counterparts in previous decades wouldn’t have dreamt of.