Blackberry: Smarter with a keyboard 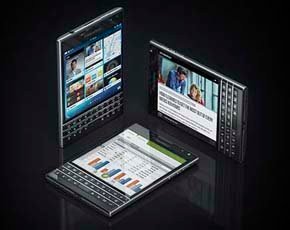 Blackberry offered smartphone users an alternative to the touch user interface of the iPhone and Android devices. Although it also released the Playbook tablet and touchscreen smartphones, people associate Blackberrys with devices that include a small, but highly usable Qwerty keyboard. Combining a keyboard with a smaller touchscreen gave Blackberry devices extremely long battery life compared to modern smartphones.

This is a photo of the Blackberry Passport, which is arguably one of the most fully-featured smartphones that includes a proper keyboard,