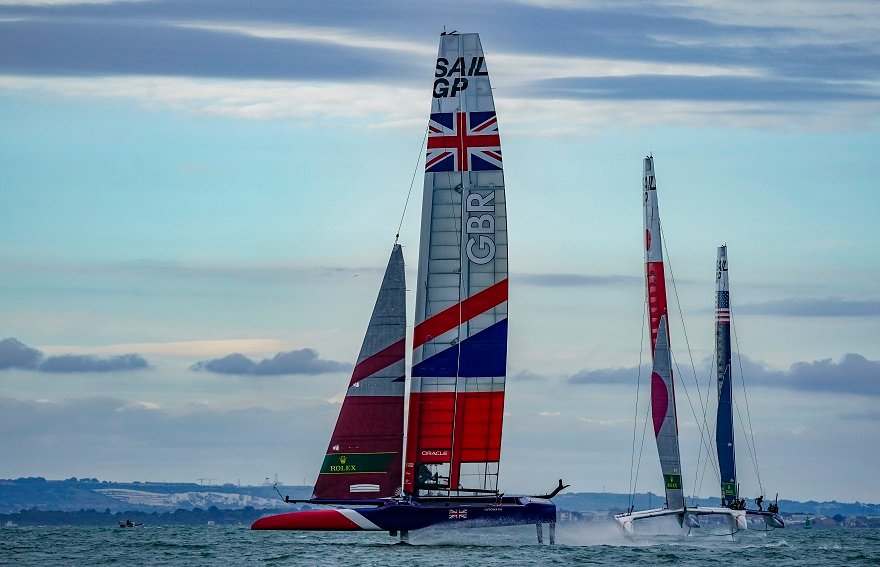 The F50 catamaran is purpose-built for SailGP, intended to be the fastest racing yacht ever made. During practice in the Solent, the British, Japanese and Australian teams topped 50 knots in speed. The world sailing speed record is 65 knots, achieved on a straight-line run – the SailGP boats, however, are designed to be extremely manoeuvrable for the tight courses they race around.

The main “sail” on the F50 is a fixed-wing structure, more like an upright aircraft wing than a conventional sail. “We use Nasa technology in a sport environment,” said Warren Jones, director of technology for SailGP.

Each boat contains 800 sensors, sending back 1200 data points in real-time via an LTE network set up specifically for the race meeting. The data feeds into an app for fans as well as broadcast coverage, and is used to make racing more accessible for a wider audience beyond the traditional sailing crowd.

“For media and the mobile app, we give a better experience to make the sport more understandable to a non-sailor,” said SailGP CEO Russell Coutts. “We use all that data to learn from in a racing sense and a design sense,” he said.