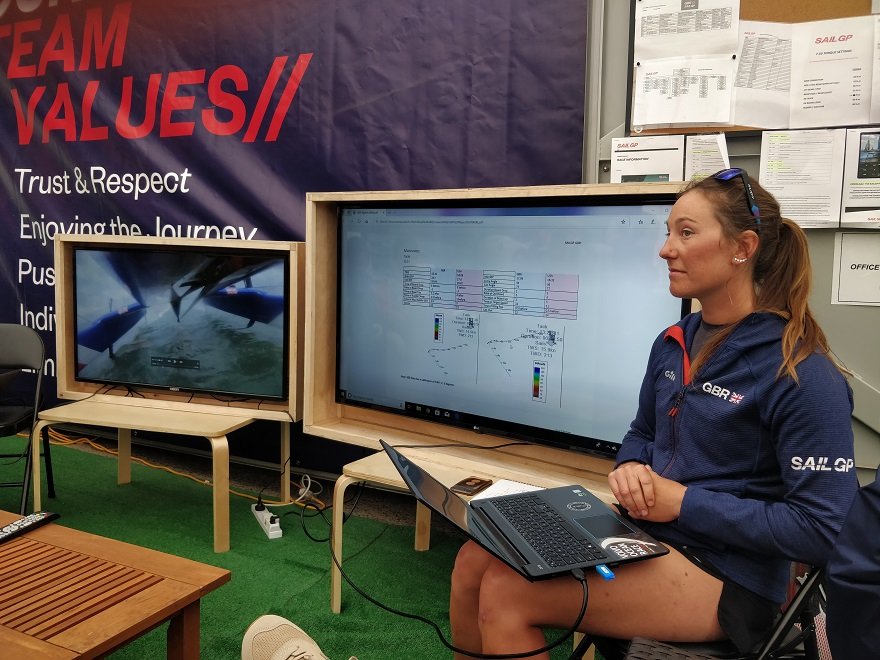 Six SailGP teams use identical boats to put the emphasis on the sailing skills of their five-strong crews. All the data collected by every boat is made available to every team, so each can learn from the other to improve their racing and the performance of the boats.

The data analysis allows sailors to understand what effect the slightest change in the set-up of the boats – such as the shape of the fixed-wing sail, the settings of foils and rudders – had on the performance and capability of the 50-foot catamarans.

It’s a similar process to a Formula One driver reviewing data from the car to deliver tiny improvements that shave milliseconds off lap times – except on the water, there are many other factors to consider, from wind and sea conditions, to the work of the crew.

So much data is collected, in such an extreme environment - as much as 20MB streamed to SailGP’s onshore base from each of the six boats that’s made available to teams, fans and umpires within 200 milliseconds, according to Oracle – that the Hertz rate of the sensors can become a limiting factor, according to SailGP technology director Warren Jones.