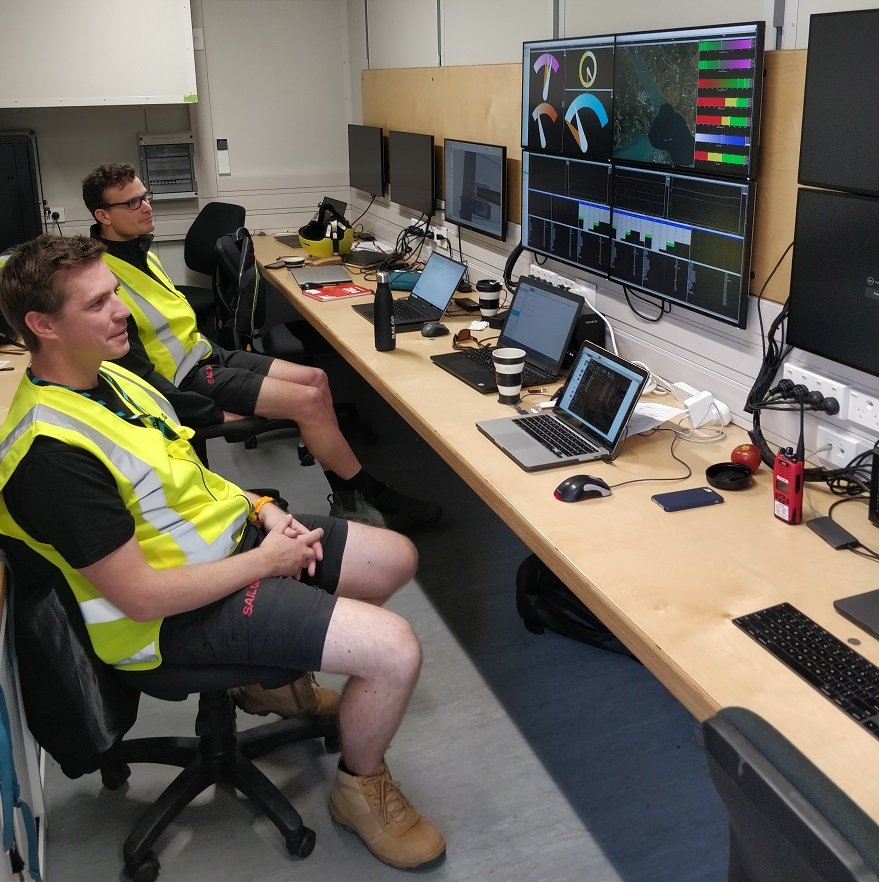 Data is sent to shore in real-time allowing fans and analysts to monitor race performance, but teams are not allowed to send advice to boats during the race, meaning the sailors have to make decisions based on their own skills and the raw data displayed on a 32-inch monitor at the skipper’s station.

“We use performance data from the boats and even from the sailors,” said SailGP CEO Russell Coutts. “There’s a question of what data to give to sailors to keep the human element. We may give fans data to show what’s happening that’s not given to teams.”

SailGP operates a dedicated technology centre in London, which receives the data streams from the F50 yachts. From Cowes to London, the latency was just 14 milliseconds to transmit the data. SailGP has developed its own bespoke software to display data and graphics to fans during races, which is also used by umpires to monitor teams and understand what’s happening on the course.