Chrome OS: Yes you can "run" Photoshop, but that is not the point of Chrome OS 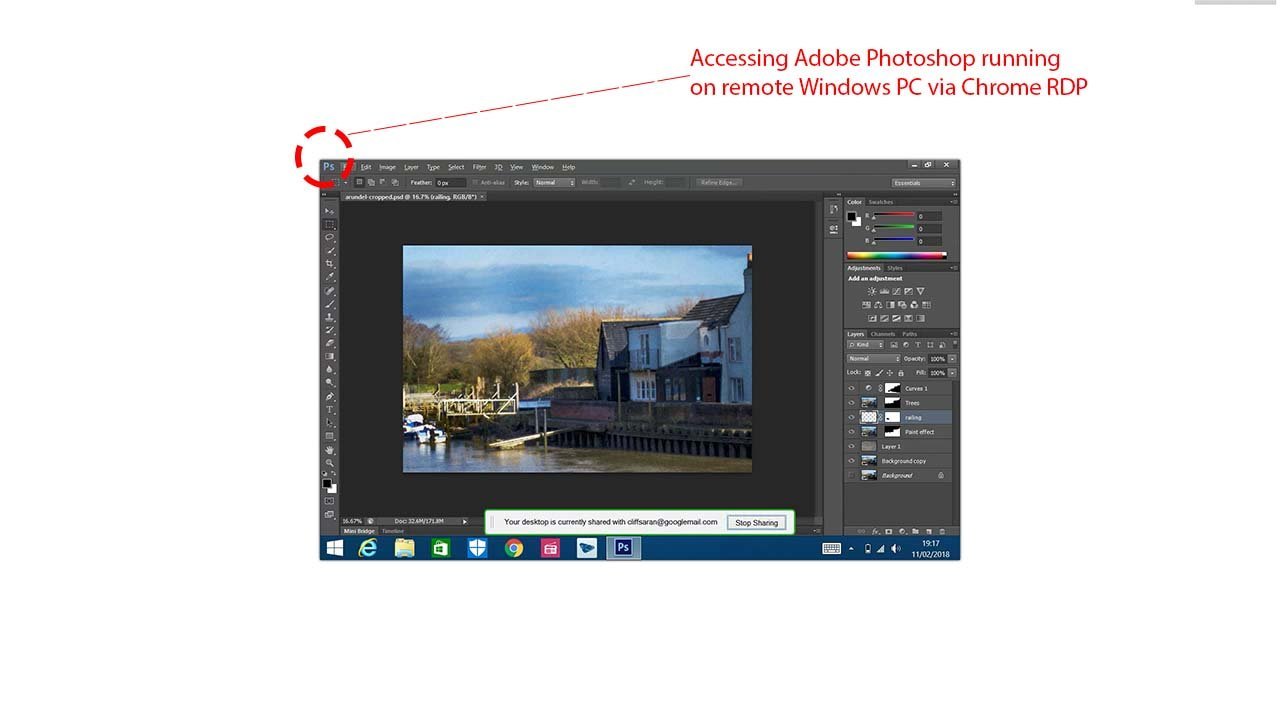 Chrome OS has evolved into a viable operating system for end-user computing in the enterprise.

It is even possible to develop applications on a ChromeBook – via Cloud9, which is available on Google Play. This provides an integrated development environment for AWS, Azure and Google Cloud projects.

Thanks to the availability of Google Play, IT administrators now have a rich set of apps covering many of the needs of corporate IT.

Clearly, legacy Windows applications can be streamed to Chromebooks but Mark Ridley, group technology officer at Blenheim Chalcot, says desktop as a service is not a cost-effective way to deliver Windows applications to Chromebook users. However, it does offer a "get out of jail free" card, that IT departments can consider if they already have VDI or need a way to provide access to a limited number of legacy applications.

As a test, Computer Weekly streamed Adobe Photoshop CS6 running on a remote Windows 10 PC over a 4G mobile data connection via Chrome RDP on a Google Pixelbook. The screenshot shows that it is entirely possible to open and edit a 185 Mbytes layered PSD file. We also streamed Adobe Premiere Pro CS6 over the same connection and can report that video editing is also possible

Theoretically, CloudReady, offers a way to test if Chrome OS can work within business. It lacks the Google Play Store, which may limit its suitability as some enterprise apps are only available on Android and so there is no Chrome OS option. While the latest Chromebooks will have the Play Store, these apps cannot run on CloudReady.

But relying on Play Store apps somewhat misses the point. Ridley pioneered the deployment of Chrome OS in a previous job at Reed recruitment and believes Chrome OS’ limitation is its strength.  “As long as you use the right applications, it is the right tool, it does one job which is run a web browser. Chrome OS doesn’t have all of the power of Windows or Mac OS. But this limit makes it simple to roll-out.”