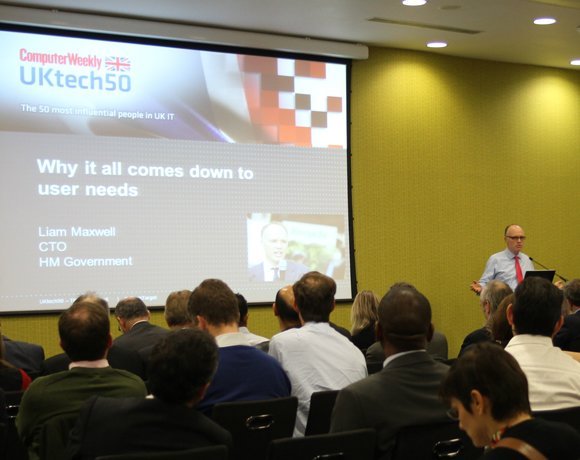 Last year’s winner of the UKtech50 award, Liam Maxwell, CTO, HM Government spoke to the Computer Weekly audience about why when transforming government it all comes down to user needs. This year, he sits in at number four of the top 50 countdown.

Liam Maxwell is leading the reform of how technology is purchased, implemented and managed within central government. As such, he has direct influence over much of the billions of pounds of taxpayers’ money spent on Whitehall IT. He is promoting greater use of open standards, open source and cloud computing, using smaller IT contracts and more SME suppliers – attempting to break the stranglehold of the oligopoly of large companies that have dominated government IT. In 2014, he was appointed as a visiting professor at the University of Southampton.