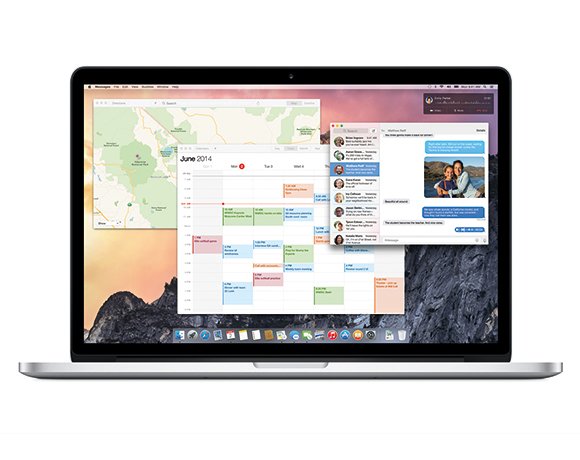 The new Apple OS X Yosemite operating system has a modernised look and feel, as well as new features and applications.

One of the main differences it promises is greater interoperability between all Apple devices. The next version of iOS and Yosemite will have the Apple Handover capability, which allows users to start a task on one device and then hand it over to another to pick up where they left off. This may help to make Apple devices easier to use in the enterprise space.

In line with the most recent iOS updates, the icons have been simplified, thus proving that less really is more in some situations. Mail and Safari have been simplified to make performing tasks easier, and controls have been made more intuitive to remove redundant functions such as the ‘window resize’ tool.

Unlike the jump from Microsoft’s Windows 7 to Windows 8, the changes are quite subtle, but make enough of a difference to justify an upgrade, something Apple frequently does with its products.