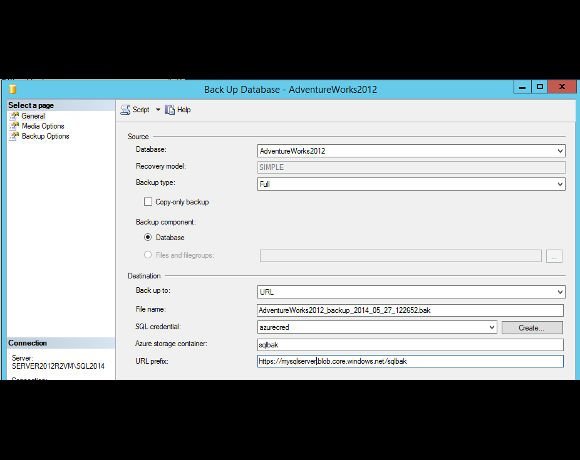 A new feature, which first appeared in an update to SQL Server 2012, is the ability to back up a database to an Azure URL (blob storage) using T-SQL or PowerShell. This feature is now part of SQL Server Management Studio. Users can also now encrypt backups. A related feature is Managed Backup to Windows Azure, which is also now part of Management Studio. This is an automated backup service which you can enable for a database or for a SQL Server instance.

The service will determine how frequently to backup and when to do a full backup, based on database usage. By default it will back up the transaction log every two hours, and do a full backup at least once a week. You can override the defaults using T-SQL or PowerShell. You must specify the retention period, which allows recovery to an earlier version, and can be between one and 30 days. Managed backup is primarily aimed at small businesses, as a set-and-forget feature which ensures off-site backup of SQL Server data.