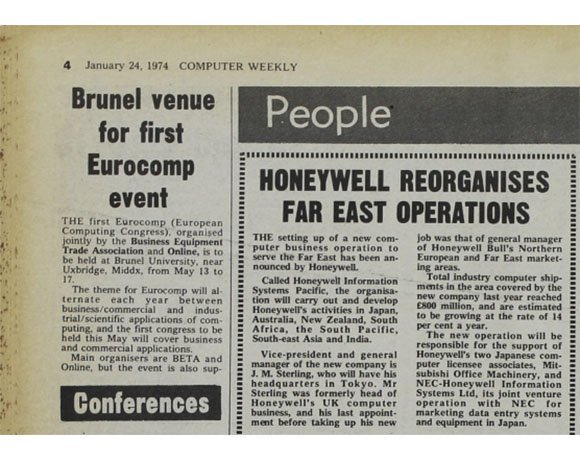 Page 4 had a column of conferences and events, one of which was the first Eurocomp (European Computing Congress), organised jointly by the Business Equipment Trade Association and Online, which was being held at Brunel University, near Uxbridge, Middx, from May 13 to 17 1974. The theme for Eurocomp would alternate each year between business/commercial and industrial/scientific applications of computing, and the first congress was due be held this May and aimed to cover business and commercial applications, the Computer Weekly article noted.

The next page, MarketPlace, in our January 24 1974 edition, gives a snapshot of the small adverts that used to run in those days.

The National Museum of Computing has a full copy of every print edition of Computer Weekly since our first in September 1966, and is now digitising the archive.