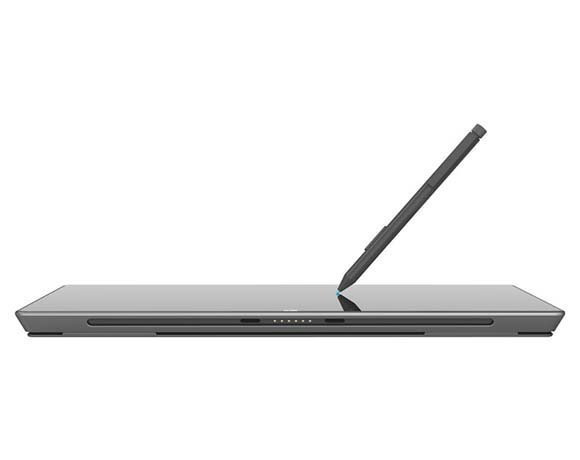 One of the innovations Microsoft has included over the original Surface is a pen, which is held in place magnetically using the same slot as the charger socket on the Surface Pro.

Ian Moulster, product manager at Microsoft, said the pen was developed by Wacom, which specialises in graphics tablets. It has been engineered so that input is not affected if the user's wrist touches the screen.

In use, a small dot hovers above the screen as the user moves the pen. Touching an icon opens the chosen application. The pen makes Windows 8 much easier to use when the operating system (OS) switches to the standard Windows graphical user interface (GUI). The tiny icons for files in Windows Explorer and the Control Panel can easily be selected.

The pen works remarkably well with standard applications and graphics packages such as Adobe PhotoShop. It turns the Surface Pro into a highly usable tablet, making it suitable for application areas such as stock-taking or in healthcare which uses forms-based processing. Selecting from drop-down lists and checkboxes feels natural with the pen. It can even be used by IT administrators conducting an audit.