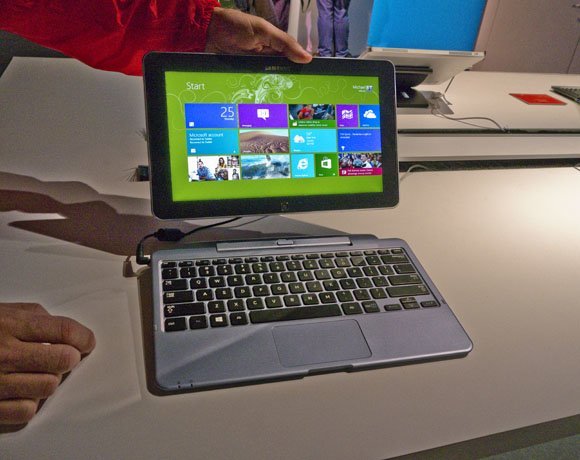 Steven Sinofsky, head of the Windows Group, described the new OS as the next era of Windows. This picture shows one of the new devices, a hybrid PC from Samsung with a removable keyboard.

But the new OS will also improve existing Windows 7 devices, according to Microsoft. He said: “We built Windows 8 on the foundation of Windows 7. Everyone benefits when core features improve,” he added, highlighting the improvements on an existing Windows 7 PC when it is upgraded to Windows 8. Microsoft claims the upgrade will make a PC run 33% faster.