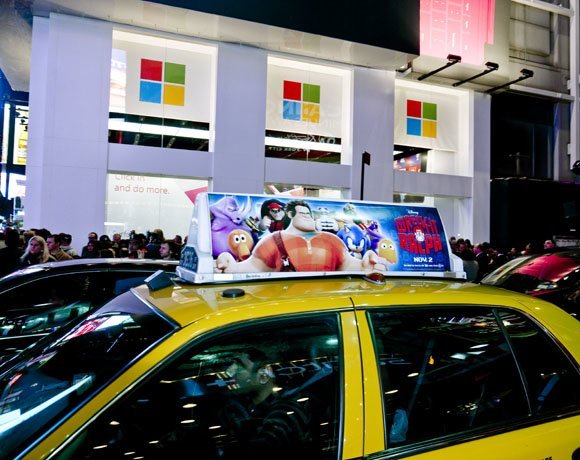 People were able to buy Windows 8 and the Surface Tablet at 9:30 pm in New York's Time Square at the opening of the Microsoft store on 25 October 2012. Thousands of people queued up waiting for the opening, which caused the traffic in Time Square to come to a halt as Microsoft unveiled the new store to the public.