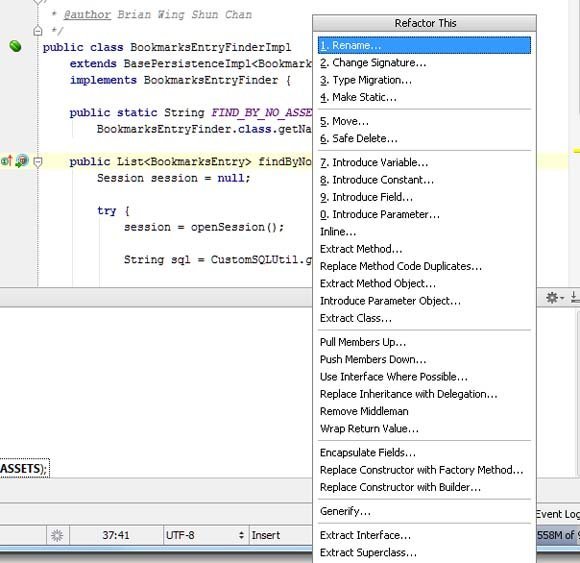 IntelliJ IDEA places strong emphasis on refactoring, and took inspiration from Martin Fowler’s classic book Refactoring: Improving the design of existing code. The idea behind refactoring is that it improves the code, for example by extracting a method so that an existing code block is split into smaller parts and reuse is easier, but without changing what it does. There are more than 40 refactorings in IDEA, many of which raise dialogues with additional options. Refactoring works together with code inspection and analysis, enabling the IDE to be smart about changes that have many potential side-effects and to update all usages.

An additional plug-in called Refactor-X adds refactorings for XML, such as converting attributes to elements or vice-versa, and updating usages accordingly.