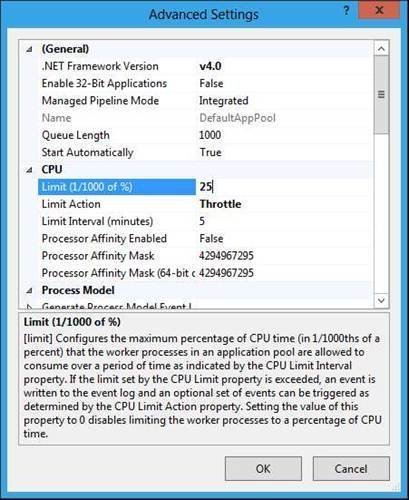 Microsoft’s web server, Internet Information Services, is not greatly changed in terms of features, though it does support HTML 5 WebSockets. That said, there is considerable change in terms of scalability. One feature which is important for multi-tenanted servers is the ability to limit CPU usage for an application. This feature existed before, but was less effective as an application could still grab more than its share for several minutes, impacting the performance of other sites. Another key feature is that certificate management has changed. In previous versions, SSL certificates were stored in the Windows certificate store and all loaded on start-up, which for hosters with hundreds of sites was a considerable overhead. Server 8 now stores certificates in the file system, with an option to map them automatically to an SSL site based on the site name. This is more efficient, and one factor behind the claim that IIS can now support 10,000 sites on a single server.