CityFibre has started work to connect homes and businesses in the north west of Glasgow to its full fibre network, in the latest part of the former altnet’s £4bn Gigabit City investment programme to bring full-fibre connectivity within reach of up to 8 million homes in towns and cities across the UK.

The company has confirmed that construction has now started in the Netherton area and is being delivered by Glenevin on behalf of CityFibre.

With work progressing in this latest stage of the project, it is set to get underway in the next areas, Anniesland and Temple, in late September, followed by Port Dundas in November.

Construction in the north west of the city is the next stage of the network installation, with work beginning in the south of the city earlier this year. The overall project, which is one of the largest city-wide full fibre roll-outs in Europe, is expected to reach completion by 2025.

The City Fibre deployment team says it will use a range of construction methods while working in close partnership with Glasgow City Council and local communities to deliver a fast roll-out, while minimising potential disruption. Work in each area is said to take a few weeks to complete; however, construction teams will typically only be outside each home for two to three days and CityFibre will be in touch by mail ahead of any work starting.

“Our ambitious plans to deliver full fibre connectivity to almost every home and business across Glasgow is a major undertaking and I am excited to see our plans progressing, with the roll-out now underway in the north west of the city,” said David Cannon, CityFibre’s city manager for Glasgow.

“We have previously worked with our build partner Glenevin to deliver projects in other areas of Scotland, and I know they will work to deliver the project quickly, with as little disruption as possible to residents. I would like to thank the local community for their patience as we work to make Glasgow one of the world’s best digitally connected cities.”

Angus Millar, chair of the Digital Glasgow board, which is charged creating Glasgow’s digital economy and reports to the council, said: “As so many of us are now aware, being digitally connected in our homes and workplaces is vitally important, supporting Glaswegians to live, work and access services in an increasingly digital world.

“The further roll-out of this full fibre network in the north west of the city is to be welcomed, giving more of our people and organisations access to very fast broadband speeds and bringing real social and economic benefits to our communities.” 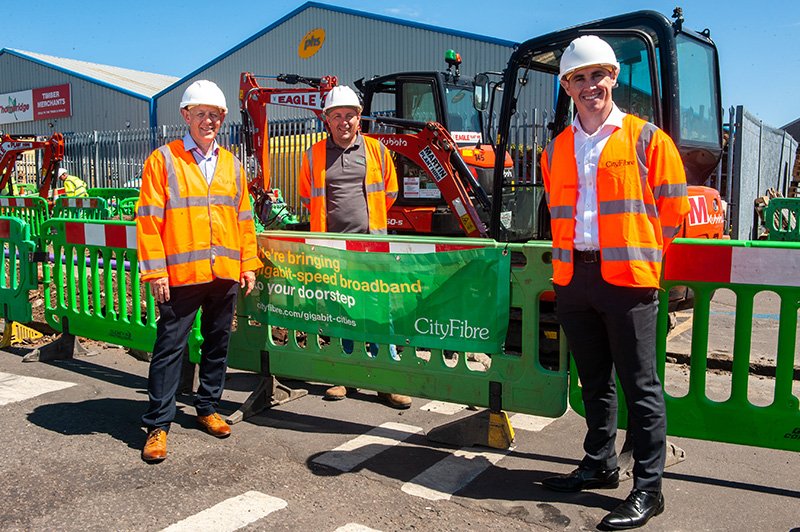 As the network is completed in each neighbourhood, internet service providers (ISPs) will “light up” residential broadband packages. Across the UK, CityFibre is already working with launch partner Vodafone to supply full fibre infrastructure for customers on selected Vodafone Pro Broadband plans and TalkTalk, with other providers expected to join the network soon.

In June 2021, CityFibre said it was joining forces with Vodafone to enable businesses in 12 towns and cities across the country to address business networking use cases. Companies will be offered more choice on a tailored private data network over single or multiple premises such as Vodafone 1Gbps and 100Mbps Ethernet services.