The channel is increasingly seen by many customers as a trusted advisor that can come in and help a business take advantage of the latest technology. 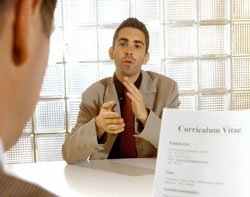 For the past few years the emphasis in this relationship was on using a reseller to help identify where costs could be cut but as the economy has kicked in there has been a shift in looking to make sure that IT is used to gain competitive edge.

But there are increasingly loud warnings coming from various sources that are highlighting the dangers of lagging behind competition because of a reluctance to invest or as a result of a reaction to skills shortages.

That could well place the channel in the position of not only providing the kit but also increasing levels of support around it to make sure that all sizes of business can embrace the latest technology and help drive forward the prospects of the UK against global competition.

The BCS, the Chartered Institute for IT, has issued a series of Ministerial Papers to advise politicians on what it believes is required from those shaping policy. In a range of documents that cover the use of IT in the health sector, online government services and identity management there is also a focus on digital skills.

The idea of the BCS is to flag up now the key challenges to MPs of all parties that the UK faces as it looks to key up with cloud, IoT and the impact of changing technology.

On the specific issue of skills and the ability to take advantage of the changing digital economy the BCS stated that “We must ensure UK businesses are capable of disrupting themselves before someone does it to them”.

The problem for many SMEs is that trying to meet that objective is going to be a struggle and they will need to turn to a channel partner that is in a position to deliver skilled support.

Without using the expression there could well be an opportunity here for those that can help SMEs with a managed service that enables them to keep on top of what is going on without needing to try and find, recruit and train up staff themselves.

The BCS is clear that a failure to solve the skills problem is going to have a serious impact on the long term future of many firms as they face more competition as well as the impact of commoditisation as a result of greater levels of automation.

“We need to ensure that the workforce is prepared for the coming challenges and that the UK is positioned as the best place to live and do business in a digital world, creating more jobs and wealth for the country,” said David Evans, Director of Policy at the Institute.

“We need to ensure that everyone, including MPs, understand not only the potential of technology to our economy and society but also what holds us back,” he added.

The evidence that a lack of skills is having a real impact on the ambitions of businesses has been mounting up ever since the recovery started in earnest last year.

Last month a British Chamber of Commerce workforce survey found that two thirds of businesses were looking for staff that had computer literacy and IT knowledge but many found that it was a real challenge getting people with those skills on board.

Responding to the survey Charles Bligh, managing director, TalkTalk Business, said that knowledge of the skills issue was widespread and there was agreement that more needed to be done to ensure the success of the economy.

“With digital job growth expected to outperform all other sectors by 2020, it is critical that we equip the future workforce with the skills to succeed, but recent TalkTalk Business research has shown that 40% of SMEs think the government needs to do more to strengthen schools leavers and graduates’ digital skills,” he said.

He said that the ball was not just in the politicians court and firms should be more open to education and could call on the channel to provide them with more support.

Late last year EY highlighted the impact that a lack of skilled staff was having on business investment plans with many firms admitting that they just could not find people.

The problems were more acute for those businesses that were looking to grow quickly or were in areas like London and the South East, where the competition for staff was higher.

The conclusion then of the EY report was that the problems with getting staff were undermining investment and growth plans.