With the Internet of Things cities demonstrator now underway, applicants have exactly two and half months to submit their proposals. 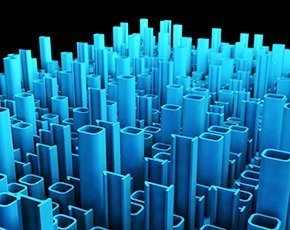 The initiative is part of a £40m investment programme from the Department for Culture, Media and Sport, designed to encourage local authorities and partners to begin dipping their toes into the waters of IoT.

“The aim of this demonstrator is to show how the large-scale deployment of IoT – where everyday objects are connected to a network in order to share their data – can benefit citizens by offering environmental improvements, economic opportunities, and more efficient and effective delivery of services such as transport, healthcare and energy,” explains the competition guidance notes.

The programme is a clear opportunity for a wide spectrum of SITS suppliers, from machine-to-machine vendors right up to analytics solution providers, to get out in front of the IoT race.

Despite this, the number of cities that apply for the funding is likely to be disappointingly minuscule.

In a recent report, TechMarketView noted that in order for any such initiative to really gain traction, there needed to be the ‘political will’ at a local authority level in order to push programmes forward.

“Notably, even though some of the technologies are available today to start implementing Smart City projects, there is no apparent mechanism to finance them,” said the report. “This is because government budgets are assigned to departments, and there is no such thing – as yet – as a ‘Department of Smart Cities’.”

As we all know, political will is only ever swayed by public demand and so in order for projects like this to prosper, there needs to be a ground swell of support for smart cities.

That shouldn’t be a problem, right? After all, who doesn’t wants to live in a smart city?

Well, according to recent research, there is a complete lack of awareness that any such initiatives exist. A poll from YouGov and Arqiva found that 96% of the UK population was completely unaware of their local authority’s smart city plans.

Nearly one in four of the 2,000 Brits surveyed couldn’t think of a single benefit that a smart city would provide and nearly half (48%) said that they thought smart city tech was at least five years away.

“Without the proper support these initiatives will die on their feet, so far greater communication is needed on what exactly is happening and why people should care,” commented Sean Weir, business development director of smart metering and M2M at Arqiva.

“Councils desperately need to find a way to harness the enthusiasm of the tech-savvy younger generation,” Weir added. “If done correctly, they create powerful advocates to spread awareness – if done wrong, and they risk their city’s economic future.”

It seems, once again, that the industry has got ahead of itself with IoT and the connected city. SITS and niche players in the channel stand to make a great deal of money if and when IoT truly takes off; but before we all get ahead of ourselves, it is vital that we win the hearts and minds of city residents first.

Tips for getting started in smart city projects