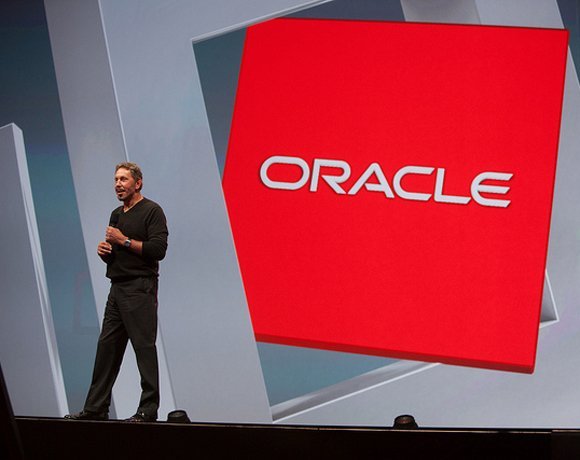 Wall Street is continuing to grapple with what exactly Oracle’s dismal set of results mean for the future of the database giant.

The fourth-quarter results just missed analysts’ expectations on revenue, while earnings were missed by a country mile.

Q4 is typically the firm’s strongest period, with the sales team going into overdrive to seal deals; however, the report was anything but strong, with revenue falling 5% YoY and profits plummeting 28% to $2.8bn. The share price nosedived by 8% following the news.

So as the software giant transitions to the cloud, which is a complete departure from its bread and butter business, it is not surprising to see significant bumps in the fiscal road. What is surprising, however, is to see that - despite the figures - the executive team refuse to engage with the realms of actuality.

Cloud still only makes up a small proportion of the business, yet founder and CTO Larry Ellison defied logic, choosing to pick fights, rather than face the harsh realities that Oracle faces.

“[In FY’15] we sold $858m of new SaaS and PaaS business. About half of that, $426 million was sold in Q4," Ellison said in an earnings call. "That’s a year-over-year Q4 sales growth rate of over 200%. More importantly, the $426m is more SaaS and PaaS new business that has ever been sold by any cloud services company in a single quarter, it’s a record. Clearly our cloud business has entered a hyper growth phase.”

“This year, in FY’16, we plan on selling between $1.5bn and $2bn of new SaaS and PaaS business. In other words, we plan to sell at least twice as much as we sold last year. And that’s at least 50% more new business than Salesforce.com will sell in their current fiscal year.“

Ellison’s bullish rhetoric neglects to take into account a couple of factors. Despite all of this ‘record breaking’ growth, cloud still only accounted for 5.4% of quarterly revenue.  Sales of new software licences fell 16.7% YoY, while revenue from licence updates and support was stagnant.

If customers, all of sudden, realised that fish and chips were high in saturated fat and opted instead to just eat greens, the shop would struggle to remain financially viable, regardless of how many mushy peas they pushed.

And, by all accounts, Oracle is pushing its mushy peas hard. Forbes contributor Dan Woods recently suggested that Oracle was ramping up auditing pressures on existing customers purely to push cloud solutions on non-compliant businesses.

“The recent change in Oracle’s behaviour is not that is has increased compliance audits,” Woods said. “[It is that] Oracle is bringing its legal department in much faster during audits and has accelerated the use of breach notices, the nuclear bomb of audit tactics.”

“Increasingly, Oracle has incentivized its sales staff to sell cloud services. When making a deal to fix a compliance problem, the sales staff frequently asks the client to buy licenses of cloud products,” he added.

If Woods’ take on Oracle’s cloud strategy is true, the figures on which Ellison and Catz are mounting their entire defence could be inflated.

Another diversion tactic that the executives seem to be using is this relentless comparison to the likes of Salesforce and Workday, as if comparing Oracle’s rate of cloud growth to a similar CRM or ERP solution somehow validates the company’s success.

Of course, Oracle’s software is engrained in the enterprise to such an extent that they are not in any immediate danger, but in order to become the great software vendor (chippy) they once were, Oracle’s management team first need to stop kidding themselves that they are the champions of mushy peas (cloud) and face up to some serious home truths.