Social media has become a ‘command-and-control’ network for terrorists and criminals, the new GCHQ chief has said.

On his first day on the job, Robert Hannigan took to the Financial Times and called for the likes of Facebook and Twitter to co-operate with the intelligence services in order to combat the threat of extremism.

“I understand why [tech companies] have an uneasy relationship with governments,” Hannigan wrote on FT.com. “They aspire to be neutral conduits of data and to sit outside or above politics.” 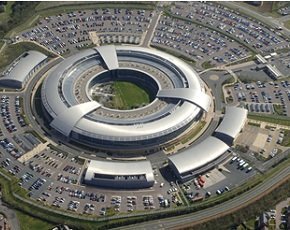 “But increasingly their services not only host the material of violent extremism or child exploitation, but are the routes for the facilitation of crime and terrorism. However much they may dislike it, they have become the command-and-control networks of choice for terrorists and criminals, who find their services as transformational as the rest of us.”

“If they are to meet this challenge, it means coming up with better arrangements for facilitating lawful investigation by security and law enforcement agencies than we have now.”

While a select few have welcomed the comments as the start of a necessary public debate, very few have agreed with the rhetoric.

Jim Killock, executive director of Open Rights Group, said: “Robert Hannigan's comments are divisive and offensive. If tech companies are becoming more resistant to GCHQ's demands for data, it is because they realise that their customers' trust has been undermined by the Snowden revelations. It should be down to judges, not GCHQ nor tech companies, to decide when our personal data is handed over to the intelligence services.”

“If Hannigan wants a 'mature debate' about privacy, he should start by addressing GCHQ's apparent habit of gathering the entire British population's data rather than targeting their activities towards criminal,” he added.

Hannigan’s piece is likely being misinterpreted by the masses, who are still adjusting to the post-Snowden landscape. Through the black and white–tinted glasses in which the intelligence services are forced to view the world, technology companies and their customers have a simple choice to make – to be on the side of justice and democratic values by allowing unfettered surveillance; or to be on the other side and risk unthinkable acts of violence.

However, the reality is composed of various shades of grey, as the rest of us know. Forget the fact that Hannigan is attempting to Typex out Article 8 of the European Convention on Human Rights and that his suggestions undermine the entire judicial process; the reality is that these private technology companies have a duty to their shareholders and to their customers. If these companies crawl into bed with the intelligence community, they will lose users by the millions, including the very criminals being targeted. In essence, there will be nobody left to surveil.