German investment banking giant Deutsche Bank is opening a division focused on innovation as part of its plan to digitise all business operations. More details have emerged about the new technology plans, which first became public in July, when CEO Christian Sewing said the bank wanted to become a technology company and digital leader. In a memo to staff, the bank said it’s opening a technology division known as Technology, Data and Innovation, to be led by former SAP executive Bernd Leukert. In July, it said it would cut staff by 18,000 to reduce costs but spend €13bn on technology through to 2022, which this is part of. At the time, the bank said it would create a separate technology function, with “responsibility to further optimise Deutsche Bank’s IT infrastructure and drive the digitisation of all [the bank’s] businesses”. Former SAP executive Leukert has 25 years’ experience in product development. With fintech companies chipping away at the business Deutsche bank, like other traditional banks must change how it uses and ... 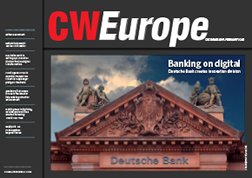