Dutch government must sort IT mess as priority

This summer, a parliamentary investigation began looking into the ICT problems in the Dutch government and how to prevent ICT failures in the future, and it found that knowledge and skills are often too fragmented, with insufficient central control around major ICT themes. This is the 15th parliamentary ICT inquiry the Dutch government has carried out since 2000. The latter dates from 2014, when the Elias Committee investigated the failure of ICT projects in the government. The committee, led by Ton Elias, found that the national Dutch government does not have the management and control of ICT projects in order. It then recommended the establishment of a temporary ICT authority to bring order to the chaos. This Bureau ICT Toetsing (ICT Review Office) had to become a small, efficient and decisive organisation. All government projects in excess of €5m in which the ICT component plays an important role must be tested by the Bureau ICT Toetsing’ (BIT) on the basis of 10 basic rules. These rules ensure that proper thought is given to... 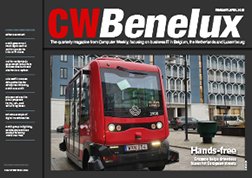