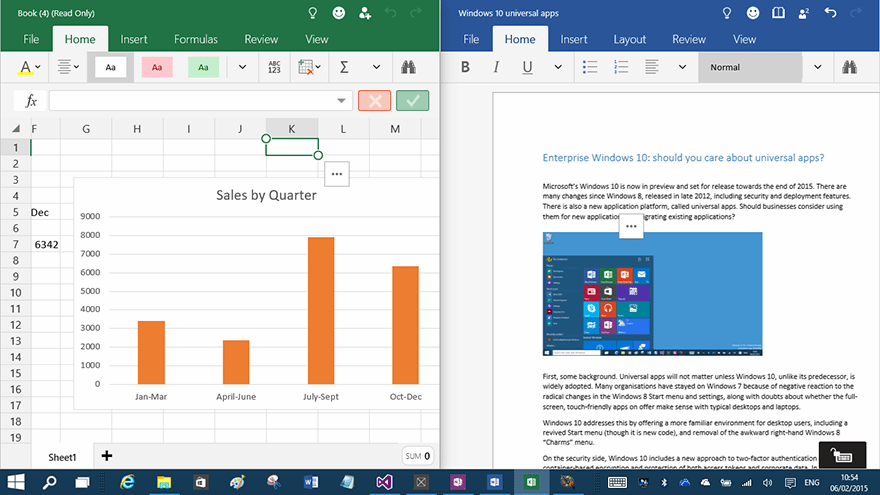 Windows 10 introduces a programming platform, universal apps. Universal apps are able run on more than one kind of Windows device, including phones, tablets, desktop PCs, Xbox One console and even embedded devices, such as Raspberry Pi 2. A unified Windows Store means that developers can sell an app once, with users able to install it on phones, tablets and PCs. The screenshot shows the Office 365 Excel and Word universal apps.