Windows 10: What is a universal app 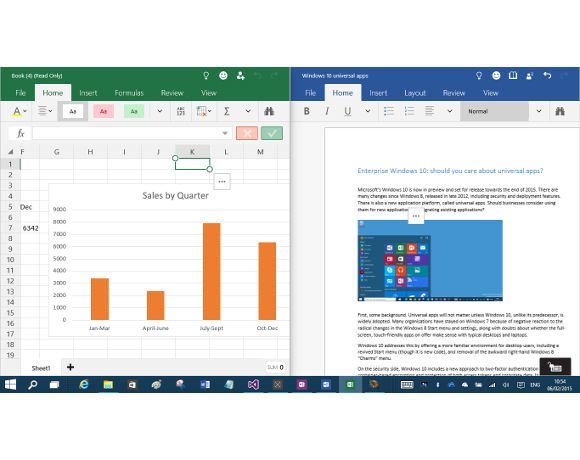 This is a universal app versions of Word and Excel running in Windows 10.

Universal apps are so called because they run on more than one kind of Windows device, including phones, tablets, desktop PCs, Xbox One console and even embedded devices, such as Raspberry Pi 2. A unified Windows Store means that developers can sell an app once, with users able to install it on phones, tablets and PCs.

The snag here is that universal apps only run on Windows phones and tablets, whereas most users have devices running Apple iOS or Google Android. There are still ways of sharing code, for example using Xamarin’s C# compiler targeting iOS, Android and Mac, or using Apache Cordova to write portable apps in HTML and JavaScript. The forthcoming Visual Studio 2015 will support all these approaches, but for now universal apps themselves are Windows-only.