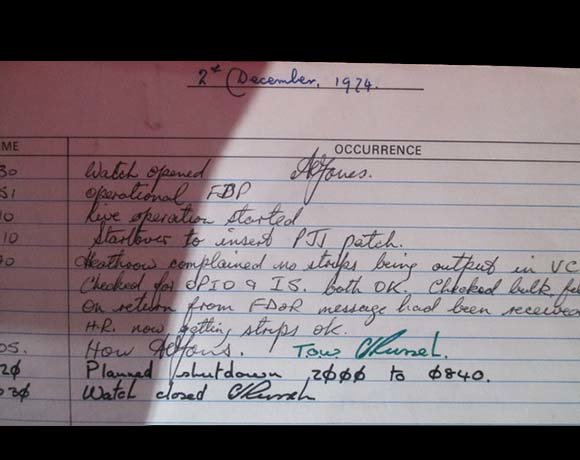 In the 1970’s NATS deployed a large IBM mainframe computer, the IBM 9020, to process flight plans, correlate radar data with flight plans and to let the controllers know which aircraft would be where and at what time. This computer support enabled controllers to safely handle more aircraft as business and leisure travel took off. The controllers received printed details for each aircraft on paper flight strips – though the mainframe computer had to be shut down every night for maintenance. In this photograph of the mainframe log-book from 1974, the Planned Shutdown (PS) was from 2000 until 0840 the next morning.

The Nats Air Traffic Control Gallery can be visited by the public on the tours of the museum.