Windows 11: Start at the centre 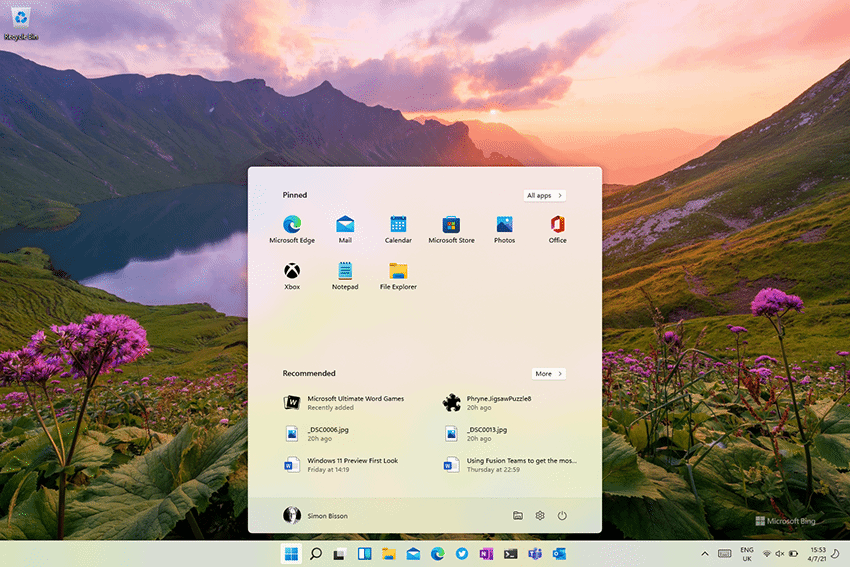 Earlier in July, Microsoft rolled out the first preview build of Windows 11 to Windows Insiders on the Dev channel, updating test machines to the new operating system. The first public build does not have all the features currently planned for the release, but it is stable and ready for testing.

Installation on our test systems was easy enough, using the familiar Windows Insider version of Windows’ own update tools. There is no need to download ISOs or reload a PC from scratch: the build downloads in a few minutes and installs relatively quickly, leaving apps and data where they were.

Microsoft has made a number of tweaks to the Windows 10 graphical user interface. Where Windows’ task bar has always been left justified, it is now centred, with a new-look set of icons and a redesigned Windows logo.