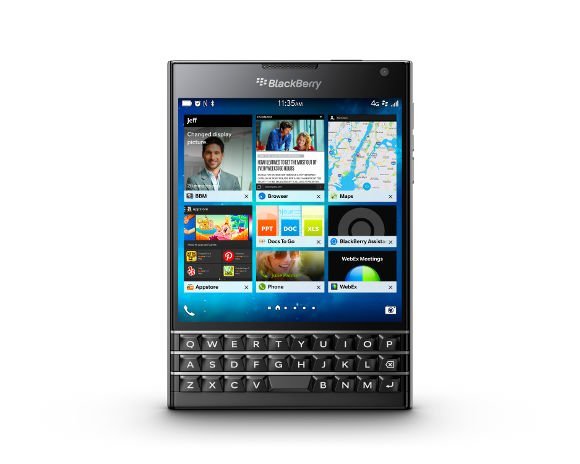 BlackBerry says Passport was purpose-built to drive productivity. It offers a  large square touch screen with 453 pixels per inch resolution, which the company says is 30% wider than an average 5 inch all-touch device. the screen displays displays 60 characters across.

The other features that makes the BlackBerry Passport stand out is its keyboard. Unlike the Q10,  it uses a three row touch-enabled qwerty keyboard.

Since it  is touch-enabled, the keyboard can recognise specific gestures. For example, swiping up or down across the surface of the keys while in the browser scrolls the page; double-tapping on the keyboard while composing sets the cursor insertion point and sliding your thumb along the keys moves the cursor along, BlackBerry said.