NeXT Cube: The Unix workstation that ran the first WWW 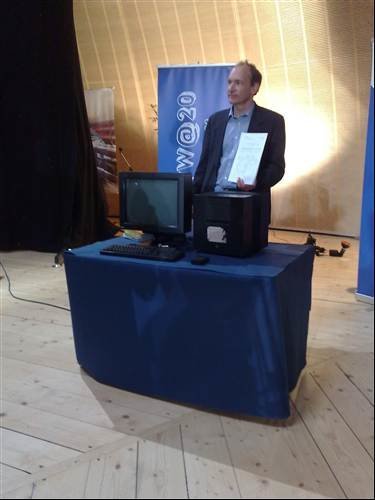 When Berners-Lee first created the web on his NeXT workstation he would travel with the machine to show people what it looked liked because it was designed to run across CERN's internal networks.

He developed the HTTP and HTML protocols and a web server running on this  NeXT Cube Unix workstation, which became the first version of the worldwide web.

CERN later connected the server - the world's first web server - to the CERN TCP/IP network that then enabled it to be accessed from anywhere using the TCP/IP protocol. The first web page was launched at CERN on December 20 1990.