IT departments recovering slowly from recession 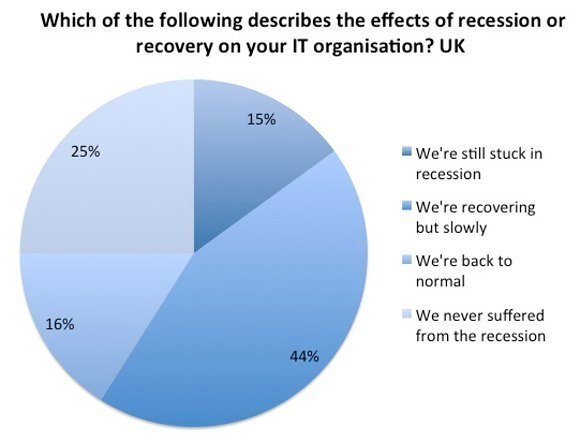 The UK, which was among the first countries in Europe to experience the downturn – and among the first to recover – has seen its IT spending pick up over the past three years.

Some 16% of the UK IT professionals surveyed said their companies are now back to normal following the downturn, while 44% say they are recovering slowly.

Only 15% said their organisations are still feeling the effects of the downturn, while a quarter said they have not suffered from the recession.